The most common bracing methods for resisting lateral forces in commercial buildings include moment frames, shear walls, and braced frames. These are vertical elements that transfer lateral loads, including wind, seismic forces, and stability forces through floor or roof diaphragms to the building’s foundation. They help keep a structure from blowing over or collapsing.

Steel moment frames are vertical frames consisting of traditional beams and columns that are typically connected by bolts and/or welds. They are more flexible than shear walls and brace frame structures. The rigid connection points permit the frame to resist lateral loads through the flexural strength (bending) and continuity of its beams and columns, such that moments are transferred from beams to columns at the connection points. A moment frame will not move laterally without bending the beams or columns. The three main types of connections are bolted, welded, and proprietary, and there are several variations of each. Concrete frames are also commonly considered moment frames because of their similar continuity.

Some of the typical applications include: 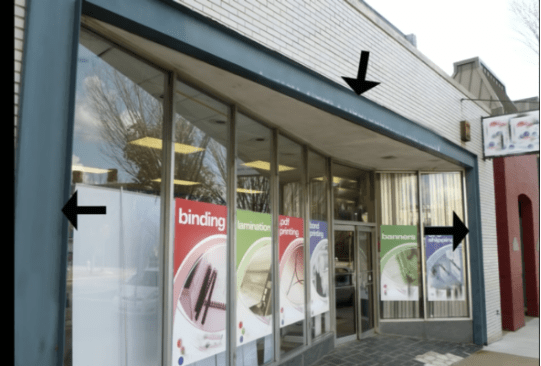 They are classified for use based on zones of seismic activity, such that:

Moment frames that are used in zones with seismic activity must have pre-qualified connections per the American Institute of Steel Construction (AISC), or, in some cases, be verified through testing. Additionally, they must be expected to withstand inelastic deformations and sustain a specific inter-story drift angle.

A shear wall is a structural member that resists cracking through in-plane shear, such that ground movement enters the building and creates inertial forces that move the floor diaphragms. Shear walls resist this movement, and the forces are transmitted back down to the diaphragm below or to the foundation. It essentially acts as a vertically spanning beam to resist lateral forces. Shear walls typically span from the foundation to the top of a building. They also perform well in areas with seismic activity.

Shear walls are typically constructed of concrete, masonry, cold-formed steel, or wood framing. Shear walls are important in medium- to high-rise buildings, or any building located in high wind or seismic activity areas. Many homes have shear walls on the exterior perimeter.

The strength and stiffness of a building depend on the shape and position of the shear wall. Common positioning includes the building’s perimeter or the center of a building encasing an elevator shaft or stairwell. The latter is referred to as a shear core. Other shear wall shapes include a rectangle, L-shape, and C-shape.

A shear wall with openings is referred to as coupled shear walls. In this case, the shear wall acts as an individual wall section, and the slabs above and below the openings act as a tie beam that distributes the load. The symmetrical location of shear walls in buildings is desirable.

The two main types of braced frames are concentric bracing and eccentric bracing. Concentrically braced frames are typically triangulated and connected at the endpoints of other framing members (joints) to develop a truss. A few common configurations include a cross-brace (X-brace), inverted V-brace (chevron brace), and a single diagonal brace. Eccentrically braced systems utilize diagonal braces with one or two ends deliberately offset to the supporting member such that the bracing isn’t centered. The gap between the offset bracing is referred to as the structural fuse region, and it’s designed to dissipate a lot of energy during an earthquake event.

Moment frames, shear walls, and braced frames perform well in areas in high seismic and wind activity, but defects and other damage may arise from those occurrences. Municipal building departments typically perform inspections after any seismic activity to identify unsafe buildings. An engineering firm may also perform the inspection. Commercial property inspectors should refer to their documentation if their client opted to have the research portion of an inspection completed. Inspectors may also choose to ask building owners, occupants, and others with sufficient knowledge of the property about whether it’s known if the building experienced strong storms, earthquakes, or the like during the interview portion of the inspection.

Moment frames, shear walls, and braced frames are typically concealed in finishing and fireproofing materials, so commercial property inspectors may not be able to inspect them for structural integrity. Inspectors can refer their clients to a qualified engineer for further evaluation, which may be invasive and disruptive to the building’s occupants. If the frame or shear wall is exposed, inspect it for fractures and cracks. In rare cases, a building may lean slightly to one side. Defects may also be related to poor design, workmanship, or weathering if exposed.

Moment frames, shear walls, and braced frames are lateral force-resisting systems found in commercial buildings. The three types of systems are often found in areas with high wind and seismic activity, like earthquakes and hurricanes. These vertical elements help keep a structure from blowing over or collapsing.

Each system has a different approach to resisting lateral forces. Moment frames are more flexible than shear walls and braced frames, and they rely on bolts and/or welds to resist loads. Shear walls essentially act as a vertically spanning beam to resist lateral forces, and braced frames most often provide resistance with the triangulation of steel beams and cables. These systems are often enclosed within building materials. Commercial property inspectors may not be able to inspect them for structural integrity, but they can conduct certain research to determine whether further evaluation by an engineer is needed.